Millions of Dollars Recovered for Victims of Negligence

Medical malpractice, in plain English, is when medical practitioners make things worse for patients who came to them for help—when a trip to the hospital for outpatient surgery results in brain damage because of the amount of anesthetic used, for example, or when a trip to the doctor to see why you have pain gets you sent home with directions to take ibuprofen and take it easy ends up causing such a delay in finding cancer in your body that it’s too late to treat.

Nobody’s perfect, including doctors, but the practice of medicine has such serious potential consequence that doctor and other caregivers are held to a very high standard of care. It doesn’t take much in the way of carelessness for medical care to result in death or serious permanent injury. And, unfortunately, medical errors are very easy to make. In 2005 alone, some 2,450 medical malpractice cases made it all the way through trial. Many, many times that number were settled before or during trial.

If you believe you or your loved one is the victim of medical negligence or malpractice, it is absolutely crucial that you speak to an experienced attorney as soon as possible. At Briggle & Polan, PLLC, we have helped our clients recover millions of dollars and, most importantly, secure the justice and fair recoveries they were owed.

Contact us online or call (512) 400-3278 for a free, confidential consultation with one of our Austin medical malpractice lawyers today.

If the person injured by the medical malpractice dies as a result, the victim’s family suffers various kinds of harm, financial and otherwise. That kind of harm is called wrongful death and is different from any claim by the victim of the malpractice. There are very specific rules on who can bring these wrongful death claims. To recover, you still have to establish that the death was “wrongful,” which parallels the proof of negligence in medical care.

Modern medicine makes use of an ever-increasing number of basic tools like scalpels and sutures, as well as devices as diverse as implantable electronics, ventilators, bypass machines, etc. If your injury is because one of these products is defective, your claim is likely for products liability, not medical negligence. However, even that simple statement may not always hold true; what if your injury was caused by a product’s defect and the doctor should have identified that defect? If it’s a products liability claim, the manufacturer, seller, and distributor may all be liable, and there’s no need to establish a standard of medical care.

The kinds of negligence that typically cause patients injury can be roughly described as: 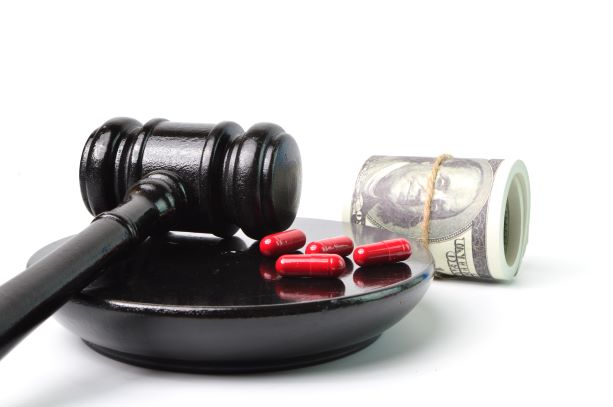 Failure to Diagnose vs. Misdiagnosis

Failure to diagnose and misdiagnosis are very similar. In the first, the doctor fails to discover a condition requiring treatment and the delay in discovery harms the patient. Failing to detect cancer in a patient until it is too late to treat it successfully is an example of failure to diagnose.

In the second, the doctor fails to find the true cause of the patient’s health problems, but diagnoses a different problem. For example, if meningitis is diagnosed as flu or migraine or a heart attack is dismissed as gastroenteritis, this is a misdiagnosis.

Negligence in providing the treatment is a very broad category that includes everything from inadvertently cutting the spinal cord to failing to monitor anesthesia to prescribing the wrong drug to hundreds of other specific actions.

Tens of millions of Americans undergo surgical procedures every year, and errors are commonplace. Most surgical errors are minor, cause little or no trouble, and are never reported. Some, however, are serious and have lasting negative effects on the patient’s health or result in death.

These are some of the very serious surgical errors that are often shown to be medical malpractice:

Only about 0.5 percent of the errors that occur are wrong-patient or wrong-site errors; one in every 24 surgical errors is caused by an equipment problem. In a 20 year period, $1.3 billion was paid to victims of surgical errors in the U.S., according to one study.

Going hand-in-hand with surgical errors are errors in choosing and administering anesthesia to surgical patients.

These are some of the common types of anesthesia errors that might prove to be medical malpractice:

When a doctor fails to tell a patient about the known risks of a specific treatment (or diagnostic procedure), the patient loses the opportunity to reject the treatment and/or to investigate further. In legal terms, the patient’s consent to the procedure was not an informed consent.

What Is Needed to Prove Medical Malpractice?

The specific elements that have to be proved to recover compensation are as follows (note: “doctor” is used for simplicity; it could well be a hospital or a care provider of some other kind):

That analysis can get very complicated very quickly. Does the standard of care differ depending on whether the doctor was a general practitioner or a specialist? Does it vary from state to state? From large city to rural area? Does it matter if the care was during an emergency? It takes a lawyer experienced in handling Texas medical malpractice claims to come up with the right answers when those answers are needed.

How Your Attorney Will Go about Proving Malpractice

Medical malpractice claims involve the small details of medical practice, anatomy, physiology, medical devices, drug actions and interactions, and many other things that most people don’t understand. It is virtually impossible to establish a medical malpractice claim without extensive expert testimony. Medical treatment leaves a lengthy trail of documentary evidence that is usually crucial to establishing a claim.

These records, with the testimony of all people who were present during the relevant actions, are the tools for proving:

There’s no cap on the actual amount of economic damages for personal injuries caused by medical malpractice (caps do exist if the claim is for wrongful death). Economic damages include your actual expenses like medical care, physical therapy, and the like, as well as amounts you have forgone because of your injuries, such as lost wages.

Punitive damages may be recovered under some circumstances showing that the negligence was particularly egregious, but, again, Texas has a cap on these damages. It takes an experienced Austin medical malpractice lawyer to navigate these rules and to keep you informed every step of the way.

Get Experienced Legal Help for Your Texas Medical Malpractice Claim

It’s hard to overstate how complex and time-consuming medical practice cases can be. Many different caregivers and numerous other organizations may have been involved in the care that resulted in injury. Any one—or all—may have been responsible for a patient’s injuries.

There are time limits to worry about, including questions about when the injury occurred and when the patient discovered it, both of which can affect the time limits. Some understanding of the medical conditions and procedures is essential very early on. The process of collecting the relevant documents and arranging for expert medical testimony is often time-consuming and can be very frustrating since so much of the evidence is in the hands of the very people who may have caused the injury.

The help of an experienced medical malpractice attorney is crucial. The injury attorneys at the law offices of Briggle & Polan, PLLC have extensive experience and a history of success in obtaining the compensation that injured patients sorely need, through a fair settlement when that’s possible and through a court trial when that’s necessary. The earlier we start building the foundation for the case, the better and faster things will go.